Thank you for rolling over your ticket purchases from 2020 and sticking with us over the past couple of years. As our thanks, we're hosting a private concert with Charlie Major in the VIP tent this Thursday, June 30, 2022.

Following the concert, we invite you to head up to the Hilltop for the rest of the kickoff party (the VIP Lounge will be closing after the concert).

Please note that you will be required to show your purple Thursday passes, VIP wristband and lanyard to enter the VIP area for this event. 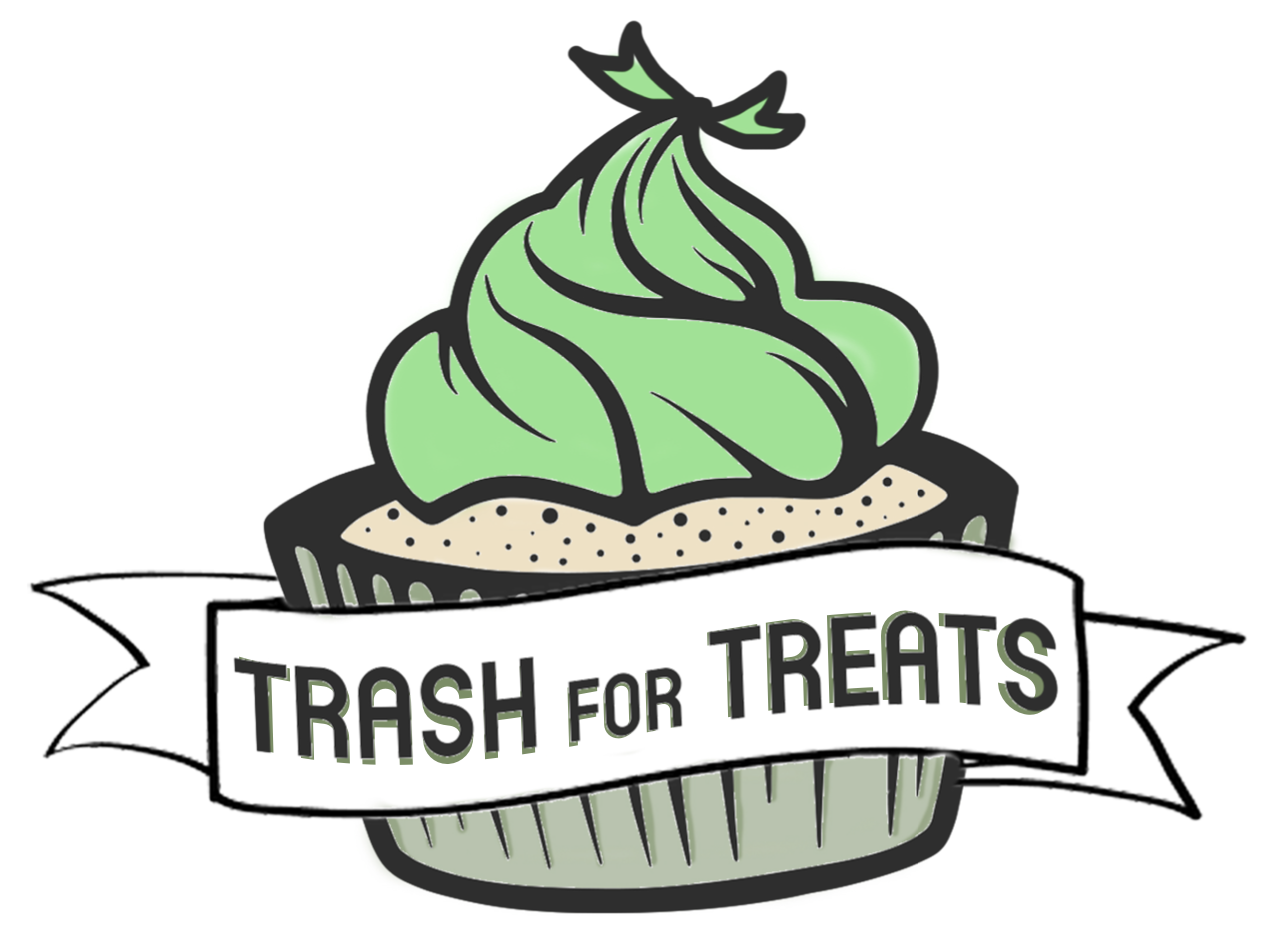 Introducing the ENHANCED for 2022 Manitoba Liquor and Lotteries Trash for Treats Program:

“As the exclusive Trash for Treats sponsor, Manitoba Liquor and Lotteries wants to help keep our festival site clean. Bring your bagged garbage or recyclables to any of the three locations onsite and get rewarded! Prizes given for every bag received, and you also will get entered to win Meet and Greets for Saturday night as well as the GRAND PRIZE of 4 VIP Bar tickets that will be drawn on Wednesday July 6th.”

Members, check your email inboxes! Annual General Meeting invitations have officially been sent out! Our AGM will take place on November 24, 2021 at 7PM via ZOOM.

Join us for a short presentation reporting our activities from the 2020-2021 fiscal year. The Board and Staff of Dauphin’s Countryfest will be present to share information and to answer any questions you might have.

All members are invited, but you must pre-register by 11:59 pm on Wednesday, November 17, 2021. Zoom details will be emailed to registered members on Tuesday, November 23, 2021.

To register, please email us at This email address is being protected from spambots. You need JavaScript enabled to view it..

Dauphin's Countryfest - Behind the Curtain

In late 2018, Dauphin's Countryfest hosted a "Behind the Curtain" event that was meant for sponsors, investors and volunteers of the festival to come out and meet the new Board of Directors, as well as talk about last years festival in detail. This event gave us a chance to be transparent with the trends in the festival, the volunteer opportunities that the festival offers, and exactly how these dollars transfer back into our community. Below, we have feature an article posted in the Dauphin Herald from local reporter Michelle Nyquist.

Dauphin’s Countryfest is in good hands was the message shared at a Behind the Curtain event hosted by the board of the local $5 million festival. General manager Rob Waloschuk explained the gathering not only announced celebration plans for its 30th anniversary, it also addressed some of the challenges Canada’s longest running country music festival is facing. As the promoter for Dauphin’s Countryfest, Waloschuk explained he is forecasting acts to book 18 months in advance. There is a lot of competition for many artists, he said, noting the top 10 A-list artists can play anywhere during Countryfest weekend. “And in order to get them, you’re doing two things. You’re booking them as much as 18 months in advance and you’re paying top dollar if you want to get them, because they have a lot of choices to go to,” Waloschuk said, adding the situation is similar with B-list artists. There are more festivals across North America, he noted, all going for the same artists, plus pop up festivals and fairs all booking bands. Waloschuk pointed out the industry has also changed, where artists used to make 80 per cent of revenues from album sales and 20 per cent from touring and appearances. Those numbers have reversed, he said, where most income for artists now comes from touring and appearances and the least amount of income is from record sales. “You know when you used to buy a whole album for 20 bucks or whatever for a CD, now you can buy just a song that you want. You don’t have to buy the whole album anymore,” Waloschuk said, adding artists do not produce as many albums, putting out singles instead.  As a result, artists are charging more, he said, to support their business.

Part of Countryfest’s success, he noted, is the respect it has earned in the industry. “After 30 years, or 29 years for me I guess, booking bands and dealing with agents and artists on a regular basis, if I make a phone call on behalf of Dauphin’s Countryfest looking for an artist or talking about an artist with a manager or an agent, the call is taken because they know we’re serious,” Waloschuk said. “When you talk about any of the big events in North America, Dauphin’s Countryfest is one of them that gets respect and thus, we get the big name artists, we get those A-lists that we can choose from.” Another challenge has been the increase in competition for entertainment dollars from ticket buyers, he said, as well as the change in the purchase habits of consumers. “In past years, you used to have loyalty there, I guess,” Waloschuk said, noting attending the local festival was once an annual rite of passage. “It didn’t matter, you were a fan and you went and that’s the way it was.” This is not the case any more, he noted, not just for Dauphin’s Countryfest, but for other festivals and events, as well. Consumers have a lot of choices where to spend their entertainment dollars, Waloschuk said, and they are not buying tickets as far in advance as they used to. “I think people are hanging onto their money a lot longer. And are they going to go to the event? Sure they are, but they’ll decide when they want to buy the ticket,” he said, noting consumers are often waiting on last minute deals, or spending their entertainment dollars on other events such as the Winnipeg Jets.

At Behind the Curtain, director Clayton Carefoot noted funds raised through volunteering at the festival in 2018 was $142,595.68. While Dauphin’s Countryfest is not unique in utilizing volunteer support as part of its operations, Waloschuk feels the model is a large part of its success. “If this festival were to just break even, it would be considered a success,” he said, noting for some organizations, Dauphin’s Countryfest is the sole fund-raiser for the year. “We pay them enough money to fund their projects for the entire year in a lot of cases, depending on the organization.” The funds paid to volunteer groups is part of Countryfest’s expenses, he said, adding if the festival did not exist, more groups would be vying for the same fund-raising dollars in the community. Carefoot calculated $142,595.68 is equivalent to selling 100,419 boxes of chocolate covered almonds. “Well that’s a whole lot of chocolate happening. They don’t all do that, but they’ll go to another organization in trying to get sponsorship for this or that,” Waloschuk said, adding, fund-raising through volunteering at the festival takes some pressure off the local business community, as well.

President Ann Ransom pointed out Dauphin’s Countryfest has established itself as a major economic driver within the region, generating an economic impact of approximately $9.7 million over the course of the four-day event. Treasurer Duane McMaster calculated $9.7 million equates to 109 full-time jobs annually. Waloschuk explained those numbers are from an economic impact study contracted by Dauphin’s Countryfest in 2010, adding more recent numbers would be higher. The positive impacts of the festival, he said, is something many members of the community are not aware of.  For example, Waloschuk is often asked the cost of an artist for the festival. “And when I tell them, sometimes people don’t believe you. But the ones who trust you and do believe you are blown away,” he said, adding there is a mistaken belief the festival is making money all the time.  “It’s not like that, it’s really not. It costs four-and-a-half million dollars or something like that, before you sell a ticket, before you open the gate, in order to make this thing happen,” Waloschuk said. Tickets sales alone do not cover all expenses, he said, which is why directors focus on other revenue generators for the festival. Corporate sponsorship, he said, is the second highest source of income for the festival, next to ticket sales, which may be in-kind products or services.

The point of Behind the Curtain, Waloschuk noted, was to share the information there is more to Dauphin’s Countryfest than putting artists on stage and selling tickets. “I don’t think a lot of people, especially local people, understand what it takes to put this on and it’s through no fault of their own. I mean this is a way of educating them a little bit, if they want to be educated,” he said. “Some people don’t care, some people do care, but those who do and want to know, we’re here to tell them this is what it takes.” The vision statement for Dauphin’s Countryfest is to continue to offer a highly valued and respected music event that will continue to financially contribute to the overall betterment of the community at large and Waloschuk feels that vision is forward thinking and progressive. The festival has begun to diversify, he noted, with Countryfest Presents shows, offering concerts throughout the year at different venues. “And again, it’s all in part and parcel with the whole competing with other events and other things happening,” Waloschuk said, noting the board is often offered the opportunity to host artists touring the province. “Do we want to do the shows, rather than somebody like Live Nation coming and doing them, taking the money and leaving? Lately we’ve been saying yes, to help market the festival and, if they’re coming in to take those dollars away anyway, we might as well get a piece of those dollars in order to help support the festival.”
With a board of directors and staff preparing for the future, planning for succession and adjusting to a changing market, Waloschuk affirmed the festival is in good hands.
“I know we will continue this and continue to support the community. We will from our end and we hope that the community will support us, too,” he said.

Download the PDF of the Behind the Curtain Annual Report

STAY CONNECTED WITH US