Behind the Festival - Bob's Electric 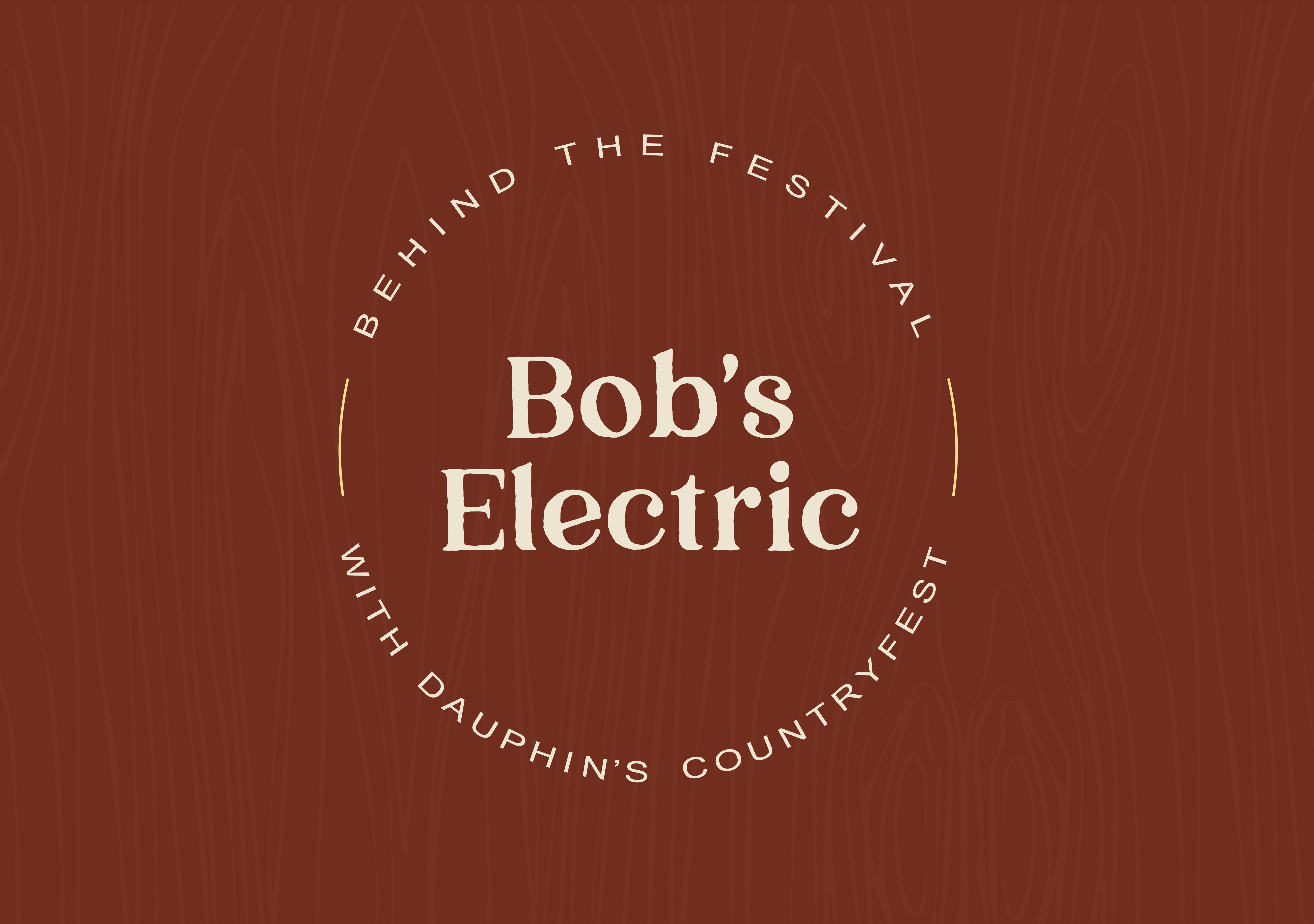 Bob’s Electric has been providing a service to Dauphin’s Countryfest for 16 years. Along with their father Bob, Jarred & Jeff Lobert own and operate the local company. “We've done the electrical hook up there for the backstage for 16 years,” he said. “It's just all maintenance on the site and we do what we’ve got to do to keep the show going on.

Bob’s Electric is responsible for electrical requirements not only to the main stage, but also the Credit Union and Bell MTS stages. “And we do all the food vendor hookups and other stuff too, parking lot lights, showers, everything,” he added.

Lobert begins work on the site the week before the festival. They do not have to begin set up as early as they used to, which was once a couple of weeks prior, he said, due to upgrades Countryfest has invested in over the years. The board has listened to suggestions from the company to prepare for the future, Lobert said, which has made a huge difference. “We fix what broke last year and not only fix it, but upgrade it, so it doesn't happen again. So it makes life easier on my end too, because we're not scrambling at the same vendor next year that had issues this year,” he added. “Because of vendors get upset when they lose power, of course, because they pay good money for the weekend for rent.”

"The upgrading Countryfest has done to the Selo Ukraina site has impacted all the trades involved with the festival, such as plumbers, electricians and carpenters,"  Lobert said, because infrastructure is getting fixed not patched.

The board is always working to operate the festival more smoothly, he said, and this year (2018), they co-ordinated a radio dispatch for electrical, plumbing and maintenance. “And that worked out 100 percent on my part. Dispatch was high fives on my side, because they took the calls and sent them where they needed to go,” Lobert noted. “It worked a lot better than just everybody yelling at each other on the radio. Dispatch would phone you and tell you where to go as soon as something happened. They didn't have to find you and make the vendor or customer wait an hour."

Working for Dauphin’s Countryfest has impacted Bob’s Electric positively, as Lobert feels the business has received extra exposure. For example, the company has had work from people outside of Dauphin, he said, who saw the company vans at Countryfest and contacted them.

While they do not hire extra staff for Dauphin’s Countryfest, Lobert explained, staff at Bob’s Electric are expected to work additional hours to get the site prepared for the annual country music festival. “We work up there sometimes 12-or-14-hour days. And then the show starts, that's when I usually just take over and do the service work,” he said. From the Wednesday to the Monday of the festival weekend, Lobert and sometimes his father, are on call 24 hours. “So I have four guys up there for the week of and usually two guys up there for the weekend when the show is going on,” he added.